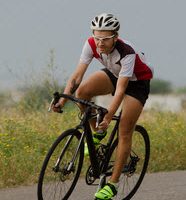 According to a comprehensive report and master plan prepared for Pinellas County, crash data from 2007 to 2010 was reviewed in an effort to address escalating bicycle and pedestrian crashes in the county. The results were startling. Clearwater bicycle accident lawyers have also noticed a marked increase in pedestrian and bicycle crashes in the past decade since the report. Here is what you should know about St. Pete / Clearwater bicycle accidents.

Seventy Percent More Crashes than the Rest of the State

According to the same master plan report, Pinellas County, Florida saw 70 percent more crashes involving cyclists than the rest of the state.

The report also showed that while bicycle crashes were on the rise, pedestrian accidents nearly doubled bicycle crashes, with many of both occurring on private property or in parking lots.

Most Dangerous Spots for Bicycle Crashes in Pinellas County

Among all the dangerous locations around the county, the same report also identified a handful of locations with disproportionately high numbers of collisions, injuries, and even fatalities.

Finally, the report identified three very specific situations where bicyclists are most likely to be involved in a crash with automobiles. These common situations are as follows:

Many times, even where bicycles have a designated lane for travel, a passenger vehicle will be making a left turn and simply not notice an oncoming bicycle. Much the way that drivers may fail to see pedestrians or motorcycles, bicycles simply are overlooked or ignored.

This scenario gets its name, because it occurs when a car is making a right turn but fails to notice a bicycle directly between the vehicle and the curb to the right. As the car turns right, it sideswipes the bicycle, often trapping or running over the bicyclist. These are often very serious crashes, even though they are at lower speeds.

Sadly, some bicyclists do not obey the rules of the road and contribute to their own injuries. Bicycles should not use sidewalks or travel against traffic. This can confuse drivers and lead to crashes.

Just because you don’t own a car does not mean you should ignore the fact that you are at risk each time you ride your bicycle. Given the alarming rate of uninsured motorists on the road, it’s up to each person to cover their own injuries, because if the person who hits you does not carry enough insurance (or any at all), then you may be left with no way to pay your medical bills. This is why it’s so important to at least get some form of basic coverage.

Injured in a Pedestrian or Bicycle Crash in Pinellas County

If you’ve been hurt by a negligent driver in the St. Pete / Clearwater area, call the law firm of Roman & Roman, P.A. to schedule a free consultation today. Don’t expect the at-fault driver’s insurance company to tell you the truth or protect your interests. Don’t accept a settlement or sign anything you don’t understand until you’ve talked to a lawyer first.