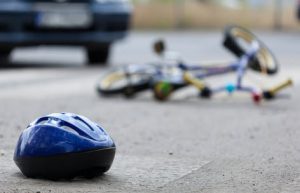 The families of two bicyclists who were killed while riding a tandem bike on Clearwater’s Memorial Causeway finalized their civil lawsuit earlier this year by accepting a seven-million-dollar settlement from the employer of the man who hit and killed the couple. Christopher Weed was a bar back at Shepherd’s at Clearwater Beach and had several drinks before leaving his place of employment on the day of the accident a few years earlier. Weed was driving drunk when he struck Hilary Michalak and Robert Lemon who were riding a tandem bike at the time. Both Michalak and Lemon were killed, though Michalak was in a coma for three weeks before she passed away.

After hitting the cyclists Weed left the scene and says that he was blacked out. However, he allegedly told his roommate that night that he hit something on his way home and that it may have been a person. He came forward after seeing information about the accident on the news, and when the police came they found that his truck was missing its windshield and there was other damage on the truck. Weed had no explanation for the damage and police arrested him for leaving the scene of an accident where there was death. He later pled guilty and was sentenced to 11 years in prison.

Weed’s sentence ended the criminal case, and now this seven-million-dollar settlement ends the civil case. Unfortunately, this case is not an outlier as Florida had the most bicycle fatalities of any state in 2013. The roads in Tampa Bay where the couple were killed are known for being dangerous. Though they were both wearing helmets, they were not able to survive the crash.

If you or a loved one is injured or killed in a bicycle accident, you may be able to recover monetary damages. The types of dames injured cyclists can recover include past medical expenses, future medical expenses, pain and suffering damages, lost wages and property damages.

If you are hit by a driver while cycling, you should first get any emergency medical attention that is needed and try to get somewhere safe without exacerbating any injuries that may have been sustained. Once everyone is safe and stable, you should then contact law enforcement to file a report about the accident. You will want to collect any potential evidence at the scene of the accident, such as pictures of the conditions, property damages, and injuries. You also need to contact a skilled personal injury attorney as soon as possible to help you as you pursue your claim.