Dangers of Road Rage Drivers and How to Avoid Them 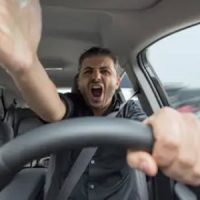 In Florida and across the nation individuals find themselves sharing streets and highways with road rage drivers. A term that is used to describe people driving a vehicle in a threatening and angry way, road rage is dangerous. Aggressive driving can lead to harm to the driver themselves and creates risk to others sharing the roads, including pedestrians, other cars, and cyclists.

Road rage is common. One insurance company survey found over 80% of drivers reported feeling road rage within the last year. Frustrated drivers can lead to accidents. If you have been in a Florida car accident that was caused by an aggressive driver, connect with the lawyers at Roman & Roman.

How to Spot Road Rage Drivers

Drivers who are not in control need to be avoided. This is true if a car is spinning out for mechanical reasons or a driver is so angry they are not able to process their emotions. When you see a driver on the road showing any of the following behaviors, do not engage with their frustrations.

Pull Over and Alert Authorities

When you are in a dangerous and frightening situation, do not try to take the law into your own hands. Protect yourself and others. If a road rage driver is creating risks, pull over. Choose a location that is safe, such as a well lit gas station or convenience store. If needed, contact law enforcement.

Being conscious of your driving behaviors is part of responsible driving. It is natural for people to believe they are in the right. For this reason, it is common for aggressive drivers to not believe they were behaving badly, they may feel another who wronged them is to blame. Disputes can lead to accidents and injuries.

If an accident does occur, seek medical treatment. Then, talk to a Florida personal injury lawyer about what settlement amounts may be possible. An experienced attorney knows how to secure a settlement amount that is fair, one that includes compensation for injuries and property damage.

Did another’s reckless driving cause your Florida car accident? If another was negligent, do not accept a low settlement amount. A full compensation package to pay all of your expenses may be possible. There are many expenses and fees connected to car collisions, you should not have to navigate the legalities of personal injury law on your own. Get the most from your accident claim, talk to an experienced personal injury lawyer at Roman & Roman to understand your rights. We serve clients in Clearwater, Hudson, and Tampa.