Deaths on Bayshore Boulevard Highlight the Dangers of Street Racing 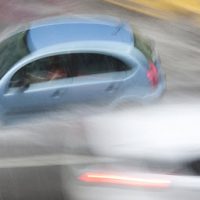 Call it youthful indiscretion. Call it ignorance. Whatever you call it, Tampa Police are calling it vehicular homicide. Late last month, a 24-year-old woman was pushing her 21-month-old daughter in a stroller along Bayshore Boulevard on a beautiful sunny day. As she began to cross the street in the crosswalk, a black Mustang struck her at a high rate of speed, throwing her body into the air, reports say. The impact killed her, and her daughter died shortly after at the hospital. The Tampa Bay Times reports that none of the three youths involved in the crash had criminal records, but the two drivers and the passenger in one vehicle have all been charged with street racing and vehicular homicide.

This horrific tragedy underscores the dangers of street racing. At Roman & Roman, P.A., we continue year after year to see the devastating impacts of careless, reckless, and senseless acts like this. The absolutely terrible and reckless conduct of the young men involved in this crash will forever haunt the family and friends who lost loved ones, and it will no doubt leave a family torn. Sadly, drag racing (or street racing), though a serious crime, is still extremely prevalent in the Tampa Bay area.

How Common is Street Racing in the Tampa Bay Area?

To put it simply, street racing is a frequent occurrence. In fact, it’s so common in the Tampa Bay area that news reports have outlined some of the more popular street racing locations where injuries and deaths are more frequent. Statistics are hard to isolate, given the number of variables. However, some reports suggest as many as 5,749 teens were killed nationwide in 1999, simply due to street racing. In 2008, CNN reported that officials from the Florida Highway Patrol regarded the situation as “out of control,” with 4 deaths in 10 days reported during the end of 2007. That was in the Orlando area alone.

Among some of the more popular location are the following three spots, each of which has seen countless crashes, with serious injuries or deaths, in just the past couple of years:

Gandy Bridge. Find a long straightaway, especially a bridge, and you’ll find drag racing. Racers find these to be fairly inviting, because of the perception that police may have a harder time monitoring and catching them. Of course, street racers forget that the police also have helicopters.

Bayshore Boulevard. As the case of young Jessica Raubenolt demonstrates, Bayshore Boulevard is a hotspot for would-be racers, given the downtown location, gradual and winding curves, and proximity to nightlife.

Courtney Campbell Causeway. Florida causeways are always a popular option for street racers looking for illegal thrills. These are long, straight, and often have beaches and other areas where drivers can pull off and party. Unfortunately, speeds can get very fast on these causeways, leading to catastrophic injuries and deaths.

Fight For the Rights of the Injured

When a life is lost due to reckless driving, the victims and their families are often left to pick up the pieces. While no amount of money can replace a life or repair serious injuries, those responsible should be held accountable. Victims are due compensation for their losses, and at Roman & Roman, P.A., we stand ready to protect the innocent and fight for the rights of victims every day. Call or visit us online if you need legal help today.