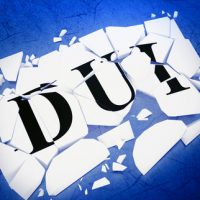 A deadly collision occurred at the intersection of McMullen Booth Road and Curlew Road in Pinellas County. The collision resulted in one person’s death and eight people suffering serious injuries.

The collision occurred when the driver of a Dodge Caliber failed to stop at a traffic light on McMullen Booth Road at the intersection with Curlew Road. As a result, the Dodge slammed into a Ford pickup truck on Curlew Road causing the Ford to overturn on impact. Reports indicate that there were five people in the Dodge Caliber at the time of the accident and three in the Ford pickup truck, according to ABC News.

An 18-year-old passenger in the Dodge was killed in the collision. Three other passengers, including two 15-year-old teenagers were seriously hurt and had to be taken to hospital for treatment.

The driver and two passengers in the Ford pickup truck, including a Clearwater resident, were injured and transported to the hospital for medical treatment. Some of the injuries were so severe that individuals needed to be airlifted to the hospital.

The Florida Highway Patrol has been investigating the accident and suspects alcohol played a factor in the collision. Criminal charges are pending against the driver of the Dodge Caliber.

Our deepest sympathies go out to the surviving victims and the friends and family of the 18-year-old who lost her life in this terrible collision.

Alcohol-Related Accidents are a Common Occurrence in Florida

Drunk driving collisions are not rare in and around Florida. Far too many Floridians suffer catastrophic injuries or have been forced to endure the loss of a loved one due to the careless and reprehensible actions of an intoxicated driver. For example, between 2003 and 2012, over 8,000 people died in collisions caused by a drunk driver in Florida alone, according to the Centers for Disease Control and Prevention.

If you or a family member was seriously injured or you lost a loved one in a car crash caused by a drunk driver in and around Clearwater, you have the legal right to file a civil action against the reckless drunk driver and their insurance company. Most drunk drivers are charged criminally by the state. That does not prohibit you from filing a civil claim. In fact, you should retain a personal injury attorney as soon as possible so a thorough investigation can be conducted by your attorney of the accident scene and the vehicles.

Getting behind the wheel of a vehicle after while under the influence of alcohol is the epitome of reckless and irresponsible behavior. If you or a family member have been injured as a result of a drunk driver, now is the time to hold them accountable by contacting the Clearwater drunk driving accident attorneys at Roman & Roman. Our personal injury law firm is comprised of skilled and aggressive attorneys who will fight to get you the compensation you are owed. Contact our office today to schedule a free consultation.