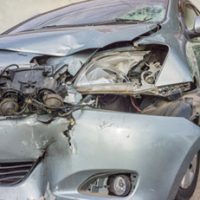 On October 2, 2017, yet another fatal car crash took place in Clearwater, when a car became airborne and flipped onto its side. Tampa Bay Times reports that a 52-year-old woman died in the collision. Fortunately, no one else was killed in the collision. This once again underscores just how dangerous it can be to operate a motor vehicle. But some things significantly increase your chance of being injured or killed in a car accident. The following includes five of the top causes of fatal car crashes; drivers should remain aware of these factors in order to maintain their safety on the roads.

It practically goes without saying that drugs and alcohol play a role in many highway fatalities. In the U.S. alone, alcohol played a role in at least 31 percent of all fatal car crashes, according to research by the National Highway Traffic Safety Administration (NHTSA). No other single cause creates such an overwhelming and direct connection to the likelihood of being killed in an accident.

A 2013 report by NHTSA showed that distracted driving contributed to the cause of approximately 10 percent of all fatal crashes during that year. Distracted driving includes anything that distracts a driver from the important task of operating a motor vehicle. This can include cell phones (talking, texting, social media), eating, putting on clothing, or just about anything else. Sadly, 411 fatal crashes involved use of cell phones, which accounts for about 14 percent of all distracted driving fatalities. It should be noted that the research is based on the findings and reports of law enforcement. It is likely that cell phones are involved in many more fatalities than those where evidence can be found to make the connection.

The World Health Organization (WHO) suggests that speed is one of the most significant factors in traffic fatalities worldwide. Although crash data is more difficult to obtain and verify in many parts of the world, WHO reports that as the average rate of speed increases, so too does the chance of being involved in a crash that results in serious injury. In fact, for every 1 kilometer per hour of increased speed, it can increase the chance of collision by as much as 3 percent.  More alarming perhaps is the fact that according to WHO, an average adult has about a 20 percent chance of dying as a pedestrian hit by a car travelling at a rate of 50 kilometers per hour (about 30 MPH). This chance of death increases to 80 percent when the speed of the vehicle increases to just 80 kilometers per hour (about 49 MPH). It’s a small difference in speed behind the wheel, but it can be life or death to a pedestrian.

Over a 10-year period between 2005 and 2014, the Department of Transportation (USDOT) reported that weather played a role in at least 22 percent of all car accidents, with 19 percent of all accidents with injuries being tied to a weather-related condition, and as much as 16 percent of all fatalities. Whether it is ice, snow, heavy rain, flooding, strong winds, fog, or smoke, road conditions often play a significant role in serious car accidents.

Perhaps this should be an honorable mention, because gender is not really a “cause” of accidents. Rather, it may be more appropriate to think of it as a statistically significant risk factor. According to the World Health Organization (WHO), men are three times more likely to be killed in a car crash than women, with 73 percent of all fatalities being young men under the age of 25. Granted, this is a global statistic and many factors can change this statistic, given locality and market.

Reach Out to Us Today for Help with Your Case

If you or someone you love suffers a serious injury in the Tampa Bay area, you need aggressive and experienced representation. The insurance companies are not on your side. Their job is to collect premiums and find ways to deny claims. An experienced personal injury attorney can fight for your rights and help you get the compensation you deserve. The Clearwater attorneys of Roman & Roman have been representing clients for over 100 years. Call (877) 767-1032 today for a free consultation.