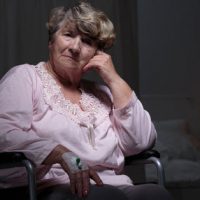 In the wake of Hurricane Irma, reporting by the Washington Post is now uncovering the tragic circumstances that led to nine deaths in a south Florida nursing home. According to those reports, the power went out that Sunday, during the storm, yet the first 911 call was not until sometime in the early morning hours of the following Wednesday. This, according to information provided by the Hollywood Police Department, may have ultimately contributed to some residents being overcome by excessive heat.

Indeed, left in sweltering heat for days without air conditioning, these residents suffered greatly. Investigations continue into whether the delay in calling 911 may have led to the deaths. Either way, it would not be the first time a nursing home failed to take immediate and urgent actions to protect residents. According to a 2001 report by the U.S. House of Representatives, one in three nursing homes in America was cited for abuse or neglect of a resident during the ten years between 1991 and 2001.

There are many ways to define abuse and neglect. There are state law definitions and federal regulations that define abuse. However, Florida law specifically defines “abuse” of an elderly person as any of the following:

What rights do nursing home residents have?

Of course, nursing home abuse is a very complicated legal subject that is governed by numerous state and federal laws. In 1987, Congress enacted the Nursing Home Reform Act, which put in place certain guidelines as part of a larger Omnibus Budget Reconciliation Act (OBRA). All nursing home residents in America share a basic set of “Resident Rights.” States can also create stricter rules and offer additional protections. Residents have the right:

What should I do if I suspect someone I love is being abused or neglected?

Whether it is painful bed sores, a preventable fall, fractures, dehydration, malnutrition, a delay in getting emergency medical care, or even death, you need an experienced team of Clearwater nursing home abuse attorneys who can protect your loved one’s rights. If you or someone you love becomes the victim of abuse or neglect while living in a Florida nursing home, you may be entitled to compensation. But your right to pursue compensation is time-limited. Contact Roman & Roman at (877) 767-1032, or find us online for a free consultation today.