Injuries That Result From Vaping To Be Aware Of 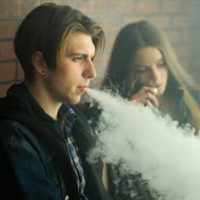 Vaping is not as safe as vaping companies commonly have led users to believe. Recent research and investigations have demonstrated that the possible damage from vaping may be equal to or even more harmful than traditional cigarettes. Scientists and doctors believe that vaping can even cause the DNA of users to change, not to mention the severe lung difficulties. Regretfully, users thought that they could vape without suffering the same harmful outcomes as traditional cigarettes.

Reports of injuries and even deaths linked to vaping have been surfacing throughout the country.

The Obscure Harms of Vaping

Vape pens and other vaping merchandise took the country by surprise and up until recently have been unregulated for the most part. A majority of doctors and scientists have been rushing to completely understand all of the damages associated with vaping.

It is clear that high amounts of nicotine and a number of other dangerous chemicals that can cause severe health problems after being inhaled are ingested while vaping. Particularly young vape users are not even aware of the damage they are inflicting on their bodies. The FDA has not even approved all of the chemical in vaping liquids for human consumption.

While doctors still do not know all of the long-term harmful effects that vaping causes, many damaging possible side effects have started to surface in users.

Listed below are some of the probable side effects from vaping:

Reach Out to an Attorney for Help

The rate of recent deaths and serious illnesses connected to vaping is disturbing. If you or a loved one suffered harm from any vaping products, you may be able to receive compensation for your injuries through a personal injury lawsuit. Our personal injury attorneys are here to assist you. Our tenacious and dedicated lawyers will do everything in their power to obtain the compensation that you deserve.

Our personal injury lawyers have over 100 years of combined legal experience and have recovered millions of dollars in settlements and verdicts on behalf of our clients.

Call Roman & Roman today at 877-767-1032 or contact us online for a free consultation regarding your vaping injuries. We serve the community in Clearwater, Tampa, and Hudson.