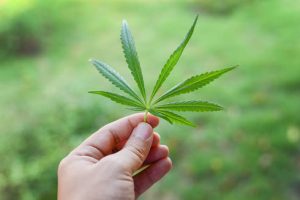 In the recent election, Floridians overwhelmingly voted to legalize medical marijuana with approval of Amendment Two. Many of the details are still unclear, but Florida will begin to have a medical marijuana program at some point. However, it is important to understand what the legalization of medical marijuana entails, especially if you are one of the estimated 450,000 Florida residents who would qualify to have access to the drug. Remember that currently, with a very few minor exceptions discussed below, marijuana is still illegal in Florida, even if you have a debilitating condition that could be helped by marijuana. Therefore, if you are caught with marijuana, it is still a crime, and you can face harsh penalties. That is why you should contact a skilled drug crimes attorney to defend you in court if you are arrested.

Currently, patients are able to access a weaker form of medical marijuana if they have certain kinds of conditions, such as seizures. This kind of marijuana is high in CBD and low in THC. THC is the psychoactive agent in marijuana that makes people feel “high”, while CBD provides a more physical response that is not euphoric. Earlier this year, the Florida legislature did allow terminally ill patients to obtain medical cannabis.

The amendment that just passed, also known as “Use of Marijuana for Debilitating Medical Conditions,” would greatly expand this program to allow non-terminal patients to access full strength marijuana. This can provide a great relief to Floridians suffering from chronic illnesses that result in debilitating symptoms and have traditionally been treated with other kinds of pharmaceuticals. With access to medical marijuana, doctors will have another option to help relieve their patient’s suffering.

It is so far unclear what exact conditions will be covered by the new law, and proponents and opponents of medical marijuana are still battling each other over the specifics of the new program. Some proponents of medical marijuana take issue with the requirement that the patient must have a relationship with the prescribing doctor that has lasted at least 90 days. Proponents are also pushing for the broadest number of ailments and diseases to be covered while opponents want to severely limit the covered conditions. It is still yet to be seen how the actual program will operate, and the Florida legislature is currently trying to figure out the specifics of the legislation. Meanwhile, some growers have already obtained cultivation licenses from the state and have been preparing for the law to be implemented.

All the different aspects of legal medical marijuana can be extremely confusing, though you need to be aware of them if you want to participate in the program or are trying to use or grow marijuana for medical purposes. Contact our experienced drug crimes attorneys at Roman & Roman in Clearwater, Florida to help answer all your marijuana-related questions today.