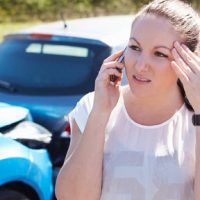 Amidst much in-fighting and political debate, Florida’s House passed a repeal of the no-fault insurance law by 88 – 15. However, the bill failed to pass in the Senate, essentially ending the push to return the state to a traditional tort-based insurance system. News reports abound, claiming that the repeal would only help trial lawyers, but what so many reports (almost all politically motivated) seem to miss is the underlying basic principles that went into the bill.

No-Fault or Tort-Based: What’s the Difference?

Consider the difference between Florida law and states that apply a fault-based or “tort” system. In Florida, it doesn’t matter who causes a crash; you are responsible for your own injuries. Under a no-fault system, your own insurance picks up the tab for your injuries, regardless of how careless the other driver was.

What Did the Repeal Bill Attempt to Do?

The Bill text is straightforward and would have repealed the requirement that Florida drivers carry “personal injury protection” coverage. This is a minimum amount of insurance that everyone must purchase from an insurance company (and pay higher premiums for) in order to protect them in the event that someone else hits them. Instead, the Bill would have shifted responsibility by allowing injured persons to file claims directly with the other driver’s insurance company. The Bill would also have increased the amount of bodily injury coverage drivers must carry (this is coverage to protect other people). Estimates suggested that this would have reduced average premiums by as much as $80.00 per driver, because there would no longer be a need to insure oneself against other people’s negligence.

Florida’s no-fault system is not a fair or equitable system. It forces Florida drivers to basically insure themselves. It also drives up insurance rates. Further, when you get hurt in a collision in Florida, the only way to get the other driver’s insurance to kick in to help with your injury expenses is to prove that your injuries are severe. Thus, there is a strong incentive to litigate your case, as most insurance companies will summarily deny a claim, even a valid one. Thus, a system that claims to be designed to reduce litigation actually increases it.

A comprehensive RAND Corporation Research Study in 2009 expressed a detailed finding that relative injury costs grew “substantially” in PIP or “no-fault” states. Likewise, the research holds that no-fault states pay significantly more for insurance, in general, than tort-based systems. The point is, no-fault laws do not benefit consumers, they do not reduce premiums, and they are not fair. Who benefits, then?  Why would Senators wish to keep the system in place?  One reason may have to do with insurance premiums. Two of the five most expensive states for car insurance (Florida and Michigan) are no-fault systems. So, who wins? Insurance companies.

If you’ve been injured in a car crash in the Tampa Bay area, call the hard-working lawyers of Roman & Roman, P.A. We work to protect our clients’ rights against deceptive and often unfair insurance company practices. Never sign something you don’t understand, and never talk to the insurance company without first talking to a lawyer.