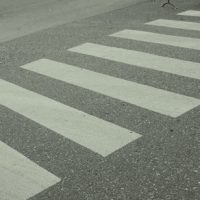 A 61-year-old Clearwater resident was attempting to cross the street at the intersection of Missouri Avenue and Turner Street when he was hit by a motorist. The pedestrian had to be transported to Bayfront Health St. Petersburg due to life-threatening injuries, according to wfla.com.

Unfortunately, accidents like the one described above are quite common in Clearwater and across the Sunshine State. In fact, pedestrian accident deaths have reached a 10-year high in Florida. If that was not bad enough, the Tampa-St. Petersburg-Clearwater region is ranked as one of the most dangerous metropolitan communities for pedestrians in the entire country, according to the Miami Herald.

Nationally, the numbers are just as troubling. The Governors Highway Safety Association released a shocking report showing the number of pedestrians who lost their lives in motor vehicle-related accidents increased by 11 percent in 2016. The total number of pedestrian fatalities hit nearly six thousand, which is the biggest single-year increase in pedestrian deaths in U.S. history, and the highest number in over twenty years, according to NPR.

When a Pedestrian is Hit by a Car, Severe Bodily Injuries are the Norm

When someone is crossing the street and gets hit by a car, pickup truck, SUV, motorcycle, etc. the bodily injuries suffered by the pedestrian are typically quite serious, even catastrophic. This is because a pedestrian bears the brunt of the impact with the vehicle and their body is fully exposed with virtually no protection. As a result, it is common for a pedestrian to suffer one, or more, of the following types of injuries:

Get the Financial Restitution You Deserve

Injuries suffered by pedestrians are quite serious and often require weeks, months, or years of rehabilitative care. You may also be forced to miss a significant amount of time from work due to your injuries. These are harms and losses that are compensable through a personal injury claim. A civil personal injury claim enables you to pursue monetary compensation for your medical bills, lost wages, emotional trauma, mental anguish, and all other forms of pain and suffering.

In Florida, you can gain access to immediate financial assistance for medical bills and wage loss through Personal Injury Protection (“PIP”) benefits. However, Florida only requires drivers to carry $10,000 in PIP benefits. If you have more than $10,000 in damages, you will need to file a lawsuit to pursue the financial restitution necessary to compensate you for those damages.

If you or a family member was hit and seriously injured by a motorist while crossing the street, you deserve top-notch legal representation. The Clearwater personal injury attorneys at Roman & Roman are skilled negotiators and trial attorneys. This means we are adept at securing maximum compensation, either through negotiated settlement or a jury trial. To learn more about our services, contact our office today to schedule a free case review.