Personal Injuries Due to Vaping 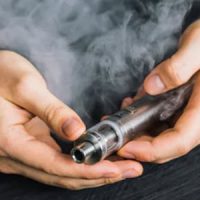 E-cigarettes are also known as e-cigs or vaping devices, and they are making news almost on a daily basis. While these alternatives to cigarettes have been touted as a safer route to nicotine delivery, in truth, these devices are totally unregulated and are causing catastrophic injuries to users. If you were injured due to the explosion or harm caused from an e-cigarette, you may have the right to receive compensation for your injuries.

Setting aside the dangers of nicotine itself, the danger of an e-cigarette delivering the nicotine actually astronomically increases the dangers of the user. These devices are exploding and causing severe injuries or even the death of some users. With catastrophic injuries occurring on a regular basis, many users are attempting to receive compensation for injuries that they suffered due to their e-cigarette exploding.

The Federal Emergency Management Agency (FEMA) has concluded that hundreds of injuries have occurred due to e-cigarette explosions in America. Most of these explosions have nothing to do with user error, but rather with faulty manufacturing and poor quality. With no regulatory oversight, the number of injuries and deaths is increasing exponentially, with no end in sight.

While an e-cigarette is small, make no mistake that it can be lethal when there is an explosion. An explosion often occurs in the hand of a user, near the face causing serious injuries to the neck, hands, face and upper body of the user. Other times, the explosion occurs during the charging process and can injure anyone nearby or damage property that is close to the explosion. Finally, explosions often happen during transport, such as in the pocket, purse or on a person. These explosions can happen without warning, and cause horrific injuries or death.

The most common reason that e-cigarettes explode relates to the batteries within the e-cigarette. E-cigarette batteries are made with lithium-ion and have a notorious history for overheating and exploding. If a lithium-ion battery does overheat, hot gas starts to build up. With no place to release this gas, the result is a powerful explosion, which has been compared to the actual force of a pipe bomb or rocket.

Let Us Help You Today

Until regulations are established regarding e-cigarettes, the likelihood of continued injuries is expected. If you were injured due to a vaping or e-cigarette explosion, you may have the right to compensation for your injuries. Contact our legal team at Roman & Roman today at 877-767-1032 or contact us online for a free consultation. We have offices in Clearwater, Hudson, and Tampa.