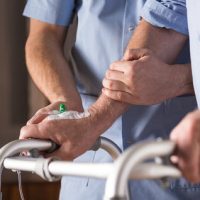 When you think of abuse in nursing homes, you probably imagine an elderly resident getting beaten or neglected. While these are common forms of abuse, there is a growing but disturbing trend that residents and their families should be aware of: social media abuse.

Almost everyone owns a smartphone nowadays, and social media sites such as Facebook, Twitter, Snapchat and Instagram are extremely popular. While most people use these sites properly, others, such as nursing home staff, go too far and engage in social media abuse.

What exactly does social media abuse in nursing homes entail? It typically involves nursing home residents in compromising positions, such as nude or on the toilet. The staff member may be verbally mocking the resident or even physically abusing the patient in the photos or videos.

Many of these cases go unnoticed because the victim is often a resident with some sort of cognitive disorder, such as dementia or Alzheimer’s disease. The resident is unaware that any type of abuse or invasion of privacy is occurring. The perpetrator therefore gets away with the crime and continues the cycle of abuse with other patients.  In 2015, an investigation uncovered 37 incidents of social media abuse in nursing homes, but there are likely many, many more that are never reported.

Nowadays, it is expected that everyone will have access to some sort of smartphone. However, smartphones should not be deemed necessities for some occupations. For example, nursing home staff assist residents with daily tasks such as bathing, dressing and toileting. These tasks require some degree of nudity. If a staff member has a smartphone at the ready, they may choose to make poor decisions with that phone.

While having access to a phone is beneficial in an emergency situation, the rewards need to outweigh the risks. If invasion of privacy is a risk, then nursing homes need to set policies on proper cell phone use.

This is important. Nursing homes are governed by state law, not federal law. Federal law does not address quality of care, so the laws can vary from state to state, but there should be one constant: that residents be treated with dignity and respect. Any form of social media abuse should be considered unethical and illegal in every state.

The laws that are in place for nursing homes are outdated. Most were last updated in the 1990s, before smartphones became commonplace Hopefully the laws will be revised in the near future to address cell phone usage and advances in technology.

Whether your loved one was abused physically, emotionally or financially, it’s important to understand your legal rights. Under Florida law, nursing home residents have the right to be treated with respect by staff. Posting embarrassing photos of nursing home residents in compromised positions on social media is disrespectful and illegal.

The Clearwater nursing home abuse lawyers at Roman & Roman, P.A. can hold the nursing homes and employees accountable for their actions. Schedule a free consultation today by calling (877) 767-1032. We have offices in Clearwater, Hudson and Tampa, Florida.