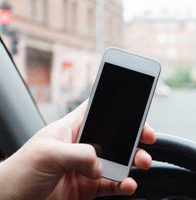 By now, many Florida residents have heard or seen reports, announcements, and advertisements advising drivers of the dangers of texting while driving or driving while distracted. Despite the dangers of distracted driving being well-known, a shocking number of drivers in Florida and throughout the United States still choose to engage in such behaviors. While it is possible for those injured by a distracted motorist to recover compensation for their injuries, doing so is not always as easy as it might first appear.

Part of the difficulty in recovering compensation following a distracted driving accident is that the injured plaintiff bears the responsibility of proving by a preponderance of the evidence that the at-fault driver was, in fact, at fault in causing the crash. Unless the at-fault driver freely admits that he or she was distracted, this can be a challenging task. Depending on the facts and circumstances of your case, you may be able to prove the driver was distracted with:

The sooner you retain experienced and knowledgeable legal counsel to represent you following a car crash, the quicker your attorney can determine the cause(s) of the crash, identify those who are at fault, and begin pursuing your claim for compensation on your behalf. At Roman & Roman, our firm is resourceful and knowledgeable about the various ways to prove the at-fault driver in your crash was distracted. By retaining our services quickly, we can go to work identifying important witnesses and preserving evidence necessary for your claim to prevail. Contact Roman & Roman by calling 877-767-1032 or by completing our firm’s online contact form to discuss your case with us right away.