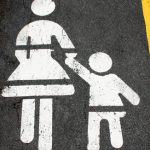 If you are injured in an automobile accident, there are many different kinds of compensation to which you may be entitled. The money that you may receive from the negligent party is referred to as damages, because it is meant to compensate you for certain losses that you have suffered as a result of… Read More »

If you are involved in a car accident in Florida, it is important that you know what to do. These instructions can help you to preserve any claims for damages that you may have. Focus on Safety The first, and most important, issue is to focus on safety and get any medical attention that… Read More »