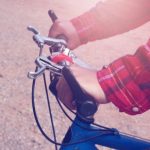 For Floridians, bicycling is a way of life. Year-round great weather, beaches, and amazing urban scenery make Florida a great place to take to the road on two wheels. Unfortunately, throughout the greater Tampa Bay area, including St. Pete/Clearwater, bicycle crashes have gotten worse in recent years. When cars and bikes collide, there is… Read More »

If you are injured while riding your bicycle in Florida, you may be able to recover damages for the harm you suffered. It is important that you do not do anything in the meantime that can hurt your chances in court or destroy important evidence for your case. It is therefore important to contact… Read More »

Recently, several cyclists took to the streets of Tampa to participate in the 11-mile “Ride of Silence.” The Ride of Silence was organized as a bike ride in remembrance of those killed or injured on bicycles. The annual event has sought to raise awareness towards bicycle safety. Despite campaigns by the Florida Department of… Read More »