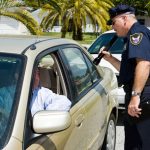 The flashing red and blue lights of a Florida police vehicle often strike fear and anxiety in many Florida motorists. You may feel a rush of panic and confusion when you are pulled over and you may not have a proper grasp of your legal rights in this moment. Below is an overview of… Read More » 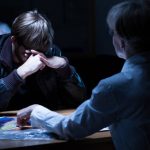 What Makes for an Unlawful Interrogation?

The interrogation scene is often the climax of any good police drama or movie. Usually set in a dimly lit room that is sparsely furnished with a table and a few chairs, two cops (invariably one of them is the “good cop” trying to help the cuffed suspect and the other is the “bad… Read More » 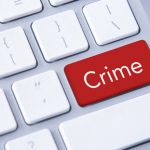 College is an opportunity to learn, grow, make mistakes and then learn from those mistakes. Some view being charged with a crime while in college or before college as “part of growing up.” It is common for college students (and in some cases the parents of college students) to believe that criminal activity before or during college will not have severe repercussions. This is… Read More » 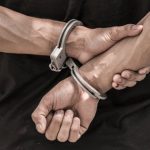 Being placed under arrest is a stressful and often frightening event. Complying with the requests of the arresting officer at all times is vital, and failure to follow instructions may result in additional charges. Resisting arrest carries penalties that can severely impact your case. Florida currently has laws in place for resisting arrest using… Read More »

If you are charged with a drug crime in Florida, there may be many defenses available for you. This article looks at some of the most common defenses that are used in court for drug crimes. It is important to note that the specific defense for any case will depend on the facts and… Read More »

A Florida couple was in the news recently after being arrested for domestic violence. The notable part of their story was the “weapons” that were used in the altercation. The Huffington Post reports that Suzanne Hurlvert and Carl Owen Smith got into an argument about Smith’s desire to drink at the bar every night…. Read More »

On January 12, 2016, the United States Supreme Court declared Florida’s death sentencing system unconstitutional. However, whether the declaration of the system’s unconstitutionality affects people convicted and sentenced to death before this decision is a matter of Florida law. For the moment, it is unclear what will happen to the men and women currently… Read More »

Clearwater Police Department Will Not Use Body Cameras

The increase in media coverage of police shootings of civilians has sparked national outrage and calls for changes in policing to ensure that members of law enforcement are held accountable for their actions. One such measure was the call for more police officers across the county to be fitted with body cameras that would… Read More »

Crime takes place daily for a variety of reasons and motives. There are some instances in which a person committing a crime can be charged differently than he would ordinarily be charged for the particular crime because of a characteristic of the victim. This kind of enhancement of a charge is often seen in… Read More »