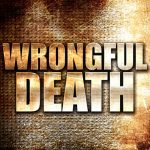 Can an Accidental Death Result in Wrongful Death Liability?

The basic legal premises behind a wrongful death lawsuit in Florida are simple: those that cause the death of another person through careless or negligent (or worse) conduct can be held responsible for the losses and expenses experienced by the decedent before his or her death (such as the decedent’s final hospital bills) as… Read More »

When a loved one suddenly and unexpectedly passes because another person carelessly or recklessly causes his or her death, it is natural to want justice. For many individuals who (unfortunately) find themselves in this situation, justice involves the alleged wrongdoer admitting his or her role in causing the person’s death and/or paying a large… Read More »

If someone you love dies due to another’s negligent or intentional act, you may be able to recover damages yourself for that death.  Florida laws regarding wrongful death claims are complex. What follows is some general information about the law, but there are exceptions to most of the situations described. Make sure you work… Read More »

Recovery For The Infliction Of Emotional Distress

When someone suffers an injury as a result of another person’s negligence, the injuries may not always be physical. In some cases, the person may suffer psychologically or suffer emotional distress even when he or she does not sustain any other physical injuries. In many cases, this may leave a person wondering how, or… Read More »

Recovering For Loss of Consortium After A Loved One Is Injured

When a loved parent or spouse is seriously injured or dies as a result of the negligent actions of another person, it can be devastating to a family. The relationships between the injured person and their family members can change due to the injured person’s ability to continue functioning as he or she did… Read More »

Injuries can occur anywhere and may be caused by a variety of people, including employees of a municipal or state government. The law places some limitations on suing a government body, and in some cases shortens the amount of time in which a claim may be filed. Nevertheless, there are situations in which an… Read More »

The family of a Florida woman is filing a wrongful death suit after she was involved in a car accident on September 13, 2013. Esther Ohayon, a Jewish Orthodox woman, was on her way to a Florida synagogue, when she was struck and killed by a car while attempting to cross an intersection. Ohayon… Read More »

Wrongful Death In Florida: The Basics

We have no shortage of tragedies happening in our country, and while a victim’s family members may be focused on mourning and healing, justice and compensation are also important goals that an experienced wrongful death attorney can help any family navigate. What is A Wrongful Death Suit? It is a matter of public policy… Read More »