The Risks and Rewards of “Explaining Your Side of the Story” 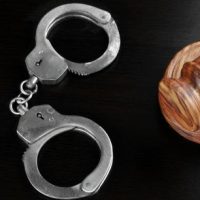 It is a scene common to cop dramas and real life alike: a suspect, placed under arrest and taken to the local police station, is placed in a room with a hardened detective. The detective announces to the suspect that the police have information that implicates the suspect in criminal activity: a witness or codefendant has talked, for example, or evidence linking the suspect to the scene of the crime he’s been found. The detective then invites the suspect to “come clean” and share the suspect’s “side of the story.” “All I want is the truth,” the detective says reassuringly, “and I know there are two sides to every story.”

Is this a ploy, or should the suspect take the opportunity offered and speak with the detective about the charges and allegations with which the suspect has been confronted?

The Rewards of Speaking with Law Enforcement

Anyone in such a circumstance who decides to speak with law enforcement does so (generally speaking) for one reason: to avoid arrest. In rare circumstances, speaking with law enforcement may actually accomplish this objective. In order to place you under arrest for a crime, law enforcement officers must have probable cause to believe you did in fact commit a crime. While probable cause is not a difficult standard to meet, it does require some evidence or admission. If the officer does not have evidence to support a probable cause finding, he or she may hope that by talking with you he or she will elicit a confession. If this does not occur, the officer may not have any grounds to place you under arrest.

The Risks of Speaking with Law Enforcement

Unfortunately, the situation described above rarely happens: in the greater number of cases, by the time officers approach a suspect and speak with him or her officers have already developed probable cause and are looking to simply bolster their case. Any denial of criminal responsibility will usually be disregarded or used to direct further investigative efforts.

One of the chief dangers in speaking with a law enforcement officer without an attorney present to assist you is the potential for you to unwittingly make inculpatory statements in response to police questioning. If you voluntarily choose to answer officers’ questions and make such statements, there is little chance that you will later be able to have such statements prevented from being used against you.

Speak with a Florida Criminal Defense Attorney Right Away

Before deciding to speak with a law enforcement officer about a pending criminal investigation against you, it is best to speak with an experienced criminal defense lawyer like those at Roman & Roman. You have a right to have counsel present with you when you speak with law enforcement officers, and you should take advantage of this right – your freedom may very well depend on it. Call Roman & Roman today at 877-767-1032, or reach out to us online about your pending investigation or charges.