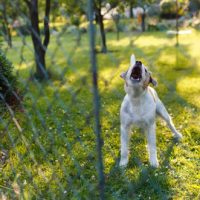 Americans love dogs. The ASPCA estimates that with about 78 million dogs living as members of the family, roughly 44 percent of all households in the country have a dog. So, it can be a very touchy subject when someone is bitten and seriously injured by a beloved member of the family. Indeed, man’s best friend, though lovable, is also still very much an animal. All dogs, large or small, are capable of causing painful and disfiguring injuries.

The Florida Department of Health reports that about 600 Floridians suffer serious dog bites requiring hospitalization every year, and 2 or more people are killed by dog attacks in the state annually. But what should a victim do?

Dog bites are a unique type of injury, because animals have certain naturally unpredictable characteristics. For instance, a car cannot drive itself (at least for now). As such, when there is a car crash, it is fair to assume that someone is almost always responsible. Dog bites are different, because dogs may be perfectly sweet and gentle, but attack without any provocation. Therefore, the law must protect people, while also accounting for a responsible owner who had no way to predict his or her animal’s potential aggressive behavior.

Florida is a “Strict Liability” State

Some states only allow compensation for victims of dog bites where the dog has a known history or propensity for aggression. Florida, on the other hand, imposes strict liability on the pet owner. Strict liability means that the victim does not have to prove the owner necessarily did something wrong or committed negligence.

Instead, the law requires that the person was bitten by a dog while in a place they are legally allowed to be. In other words, private or public locations are considered lawful, so long as the victim is not acting in an unlawful way by being present at the time of the bite.

The law even specifically says that postal carriers are considered to be lawfully on the property. However, there are several huge exceptions to this strict liability law.

If you or someone you know becomes the victim of a serious dog bite, you should contact a lawyer right away. There are strict deadlines on filing suit. For a free consultation, call the experienced attorneys of Roman & Roman, a family of attorneys with over 100 years representing injury victims in Pinellas County and the surrounding Bay area.