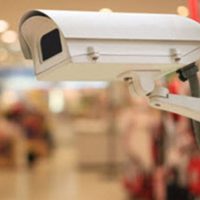 Proving another was at fault is often an important part of a successful personal injury claim. Which makes sense, because you need to prove your injury was a direct result of another’s reckless, careless, or irresponsible behavior. There are many forms of evidence, photos and videos can be particularly compelling.

Video could be obtained from local businesses, for example. After a Florida collision in Clearwater, Hudson, or Tampa, talk to a personal injury lawyer about what evidence is needed. If you need to secure more proof, your attorney can do that for you, including contacting businesses with requests for their security camera footage. It is important these requests are made in a timely manner so the footage can be preserved.

When you think about it, there are cameras all around, from security cameras at businesses to individuals recording images on their cell phones. Even if you did not notice a camera when you were injured, it is possible the event was recorded.

Depending on the details of your situation, your legal team could pursue video from a variety of sources. After a car crash injury, there may be dash cam footage from the police who arrived at the scene that proves fault. Or, if you sustained an injury when you slipped on an oily surface in a business parking lot, a hidden security camera may have recorded the event.

Camera footage can support your claim in a variety of ways. For example, there may be images that illustrate how the accident occurred. Or, there may be footage that proves you do not carry the percentage of fault suggested by an insurance claims adjuster.

A Florida Attorney Can Determine What Sources Will Support Your Claim

Once you connect with a Florida personal injury lawyer to pursue compensation, they will determine what type of evidence will best support your claim. If video footage is required, your attorney can move toward securing the footage, either by asking the person or using a subpoena. Sometimes there are particular forms that need to be filed as well.

An experienced personal injury attorney has the specialization to understand what is needed to strengthen your claim or case. It is possible video footage will only be one piece of the puzzle. Your attorney may also pursue copies of police reports and medical records. Witness accounts of the event can also be helpful, particularly if they support other forms of evidence, such as photographs a victim or other individual gathered at the scene.

Did you sustain an injury in a car accident or a public space and believe an area business caught the event on video? Talk to a skilled legal professional to understand what your options are moving forward. Compensation may be possible if you are juggling medical care expenses, property damages, and lost income. Talk to an experienced personal injury lawyer to understand your rights. The attorneys at Roman & Roman have over 100 years of combined experience. Schedule your free consultation today.