When Dogs Attack – Can I Sue a Dog Owner for Injuries? 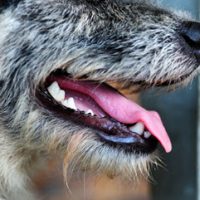 With about 78 million dogs kept as pets in the U.S., man’s best friend is literally everywhere. And while many people consider their dogs part of the family, they are still animals. Even a small dog can do a lot of damage if it becomes aggressive.

According to the Centers for Disease Control and Prevention (CDC), there are about 4.5 million dog bites each and every year. About 20 percent of these bites get infected. Children are most at risk, because they are smaller and may not pick up on a dog’s warnings, such as growling or bristling.

Can I Sue if Someone’s Dog Bites Me?

The short answer is yes. You do have a right to be compensated if someone’s dog injures you. However, Florida’s dog bite laws can be a bit tricky.

Who is Actually Responsible for a Dog Bite?

According to Florida law, the owner of the dog is liable. This means a hired dog walker or family friend who is temporarily watching the dog will not likely be responsible for the injuries. Rather, it’s the owner who ultimately bears responsibility. There are situations where this can shift to someone else, however. For instance, if the dog is being boarded by a kennel, and the kennel owner is negligent in securing the animal, this could lead to liability on the part of the kennel in limited circumstances. But in general, the owner will be responsible.

What if it Happens on Private Property?

The law says the owner will be held responsible for the injuries if the dog bites someone on either public property or private property, so long as the victim is in a place where he or she is lawfully permitted to be. This is often the source of much argument and disagreement between lawyers and insurance adjusters. In general, however, if you were on a property legally (as either a guest or for work), you will likely be due compensation for the injuries.

Florida law does make a small exception for owners who post a public warning that they have a dog that is known to be aggressive and dangerous. These so-called “bad dog” signs can help an owner avoid liability for injuries sustained by others. However, the law is clear that an owner can still be negligent. So, for instance, if an owner puts up a sign and invites someone in to fix a pool pump, the worker may ask if the dog is put up. If the owner says the dog is put up but leaves a gate open, resulting in the dog getting out and biting the worker, this would likely be a scenario where the dog owner cannot use the sign as a defense. Also, bad dog signs do not avoid liability when it comes to children under 6 years of age.

The Florida Department of Public Health estimates that 799 people are bitten by dogs in Florida every year, with over 600 people being seen at emergency rooms for their injuries. In fact, 2 Floridians die each year from dog bites – usually children. If you or a loved one are bitten by a dog, call (877) 767-1032 to talk with the experienced injury lawyers of Roman & Roman. With offices in Tampa, Clearwater, and Hudson, Roman & Roman offers convenient appointments throughout the Tampa Bay area, and your consultation is always free.