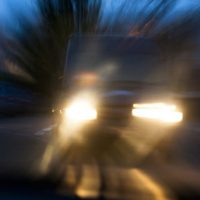 A review of crash data for the past three years suggests that wrong way collisions are still a huge problem in the Sunshine State. In 2013, there were 1,341 reported collisions involving drivers traveling the wrong direction on the highway, according to reporting by one ABC News affiliate in Tallahassee. These numbers went up to 1,490 in both 2014 and 2015. Wrong way crashes happen in two basic scenarios – drivers traveling the wrong direction against traffic on a divided highway or drivers who cross the middle line into oncoming traffic. Both can be deadly.

How Deadly are Wrong Way Crashes?

News reports out of Jacksonville at the start of 2016 indicated that over 100 people died in wrong way crashes in Florida during 2015. This is up from around 70 in 2013. A November 2017 crash claimed the lives of two more people, this time two young college students who had just gotten engaged. The crash happened on I-75 near Gibsonton. Given the repeated tragedies along Florida’s interstates, it seems wrong way crashes are not stopping anytime soon.

What is Florida Doing About the Problem?

About two years ago, the Florida Highway Patrol launched a new campaign aimed at reducing wrong way crashes. With signs and marketing ads posted around the state, #StayRightAtNight has become a standing order for Florida drivers on the road at night. The idea is to limit the number of collisions caused by drivers veering into oncoming traffic, whether from drug or alcohol impairment or fatigue. By staying in the right lane, you are putting the most distance between yourself and oncoming drivers as possible.

Who Causes the Majority of Wrong Way Crashes?

Common sense would suggest that the majority of wrong way crashes are caused by drunk drivers. However, the data seems to suggest otherwise. According to crash data from the Highway Patrol (FHP), about 49 percent of the drivers who cause wrong way collisions are found to be in ‘normal’ condition, meaning there is no sign of drug or alcohol impairment. In 2013, the data shows a little over 25 percent were impaired, while in 2015 the number was roughly 21 percent. Among the other common reasons noted are fatigue, medications, medical/health problems, seizures, blackouts, and emotional disturbances. Police are unable to determine the cause in about 13 percent of the cases.

Head-on collisions are generally the worst, with the highest chance of causing a fatality. But there are three big things you can do to avoid these fatal crashes.

While you cannot control others, you can make sure your reaction time is at its best by always staying sober when on the road.

Night shift workers, emergencies, and entertainment often require driving at night. No one expects you to stop going to the movies or quit your job. But as a general rule, if you don’t have to drive late at night, don’t.

FHP has created this caution for a reason. It is worth following this guidance.

FHP also has created an early warning system to notify drivers when a wrong way driver has been spotted in their area. If you see a sign with a warning, pay close attention and be prepared to act fast.

Injured by a Wrong Way Driver

If you’ve been hurt in a wrong way crash, you have a right to be compensated for your injuries. Everyone on the road owes a duty to use reasonable care when driving their vehicle, so as not to hurt others. After all, careless, negligent, and reckless drivers can destroy lives. The attorneys at Roman & Roman, P.A. have represented injured Floridians for over 100 years. Call or visit us online to schedule a free consultation at one of our convenient locations throughout Pinellas, Hillsborough, and Pasco Counties.