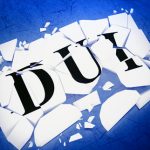 If you are pulled over and the police suspect that you might be driving under the influence of alcohol (DUI), they will likely test your breath (using a Breathalyzer) or blood to determine your blood alcohol content (BAC). In Florida, you are presumed to be impaired by alcohol if you are driving and have… Read More »

Defenses For A DUI Charge

A Wisconsin man recently convicted of his tenth DUI faces approximately 12 years in prison. When he was stopped by police he insisted that the reason his breath smelled of alcohol was because he had eaten beer battered fish. After he was arrested and taken to a hospital for a blood draw, the man… Read More »

Refusing To Consent To A DUI Test

Getting arrested for driving under the influence (DUI) of drugs or alcohol can be quite an ordeal. Not only do you face fines and jail time upon conviction, depending on your history, but you may also lose your license for a period of time, which can affect your ability to work in some cases…. Read More »