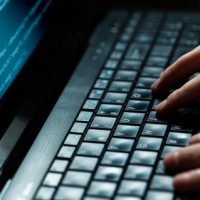 The first clue is, it’s not just revenge. Florida law describes the offense of “sexual cyber-harassment” as publishing a sexually explicit image of a person to a website without consent, and with the intent of causing substantial emotional distress to the depicted person.

How bad is the problem?

In fact, the Journal of American Academy of Psychiatry and the Law reports that this “non-consensual pornography” can result in “lifelong mental health consequences for victims, damaged relationships, and social isolation.” Therefore, this is indeed becoming a serious public health and legal crisis in America. Hence, the creation of strict laws intended to curtail it.

What are the penalties for posting sexually explicit content without permission?

Second and subsequent offenses can be charged as Third-Degree Felonies, which carry sentences of up to 5 years in prison, 5 years of probation, and $5,000 fine.

Charged With Cyber Crimes in Tampa

With 3 offices throughout the Tampa Bay area, the attorneys of Roman & Roman, P.A. have spent over 100 years fighting for the rights of those accused of crimes in Florida. Every case is unique, and no one can guarantee success. However, the attorneys of Roman & Roman consistently help criminal defendants avoid lengthy jail terms and help to protect clients from unfair or improper charges.